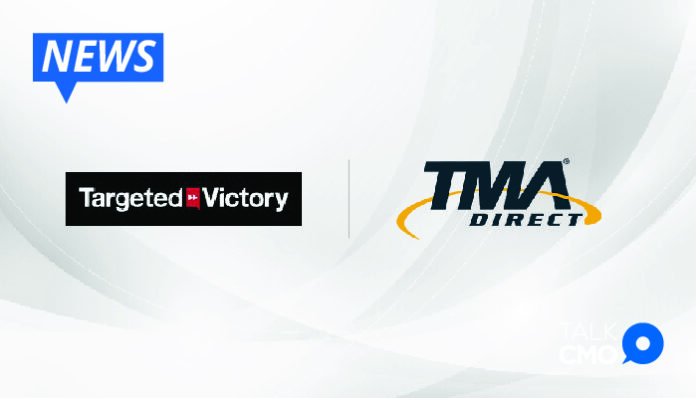 Targeted Victory, a digital-first agency built for the mobile age, has acquired TMA Direct, a direct response firm in the political data and marketing arena, to expand its political division’s capability to build national coalitions of grassroots advocates. Together, they will raise over $1.5 billion for campaigns and causes this cycle.

The combined entity will provide marketing expertise and infrastructure, as well as integrated data and technology offerings to modernize how political campaigns are funded and managed.

“Voters are more in tune with what’s happening in the political sphere than ever before, but their involvement doesn’t just stop and start at the ballot,” said Zac Moffatt, CEO, of Targeted Victory.

“They’re motivated by grassroots advocacy and increasingly embracing the role of digital services in their engagement. This acquisition will support our clients’ efforts to meet the demands of the modern, digitally forward voter.”

TMA Direct CEO Mike Murray will assume the role of Political Chairman at Targeted Victory, where he will play a key leadership role in the expansion of its political division.

“With voters turning out in record numbers, campaigns today demand best-in-class marketing solutions that are powered by data and technology,” said Mike Murray, CEO, TMA Direct. “We’re excited to build on Targeted Victory’s unparalleled success as the industry-leading digital marketing agency on the right to deliver a critical competitive edge for clients.”

For more such updates follow us on Google News TalkCMO News. Subscribe to our Newsletter for more updates