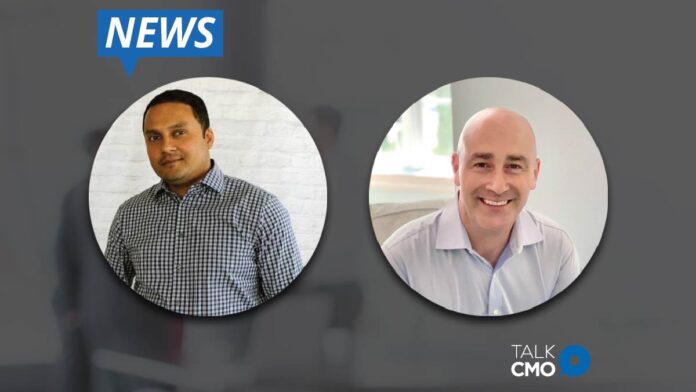 Snapcommerce, the mobile commerce platform that matches price-conscious consumers with the best promotions, announced today the appointments of Poshmark CFO Anan Kashyap to its board of directors and former BofA Securities investment banker Daniel Weisenfeld as its chief financial officer. Kashyap and Weisenfeld join Snapcommerce on the heels of an $85M growth round and on track for over 100% annual growth in mobile sales in 2021, bringing corporate finance strategy and transactional expertise to further strengthen Snapcommerce’s high-growth trajectory.

Kashyap holds a seasoned track record in preparing e-commerce companies for IPO, most recently with Poshmark in addition to previous financial roles at GrubHub and Kayak. Weisenfeld has significant international transaction expertise, having executed transactions for companies such as V.F Corporation, Supreme and Dollar Tree, and has led over half a dozen IPOs and advised on more than $50 billion in mergers and acquisitions.

“In my years building businesses in e-commerce, one of the greatest challenges is that there is so much choice, that it’s hard to surface quality. What’s exciting about Snapcommerce, is that the company is uniquely positioned to surface quality goods and services at a fair price—particularly with mobile-first millennials who are price conscious,” said Kashyap. “If there’s anyone that’s going to make mobile commerce easier, more affordable and more accessible to the everyday consumer—this is the company and team to bet on.”

Snapcommerce is a flexible, AI-driven platform that is vertical-agnostic and uses messaging to personalize the mobile shopping experience and deliver the best promotional prices. Their flagship travel product, Snaptravel, has saved consumers over 100,000 hours of shopping time and over $100MM USD in direct savings and with a global source of inventory, has secured bookings in 10,000+ cities across 150+ countries.

Recent traction primes Snapcommerce for accelerated growth in travel, especially as bookings are back on the rise and are expected to increase. This summer, Snapcommerce is set to debut its consumer goods product, addressing a valuable new market while continuing to execute on making mobile commerce easier and more affordable at scale.

“What excites me most about Snapcommerce is the versatility of its platform—it can be applied to almost any consumer vertical which makes for a massive total addressable market,” said Weisenfeld. “As we move from travel into consumer goods and other verticals, we’re able to provide the same type of value to consumers while still accelerating the company’s growth rate. Match this with the team’s entrepreneurial prowess, who grew Snapcommerce’s travel business and capital exponentially during the pandemic, and you’re incredibly well-positioned to continue to drive outsized growth in today’s evolving online consumer environment.”

“Snapcommerce is proud to welcome Anan and Daniel, whose backgrounds in e-commerce, travel and retail are both impressive and incredibly synergistic with where we sit and where we’re headed,” said Fazal. “They bring a breadth of experience, investor relationships and advisory expertise that will prove invaluable to the company as we build out the team for our growth initiatives across mobile commerce”

Since founding Snapcommerce in 2016, Fazal and Shi have closed over $100M in total funding. As part of their most recent round in March, Sherif Guirgis joined existing board members Chris Arsenault and co-founders Hussein Fazal and Henry Shi. Snapcommerce is backed by a global network of venture and strategic investors including iNovia Capital, Telstra Ventures, Lightbank, Bee Partners, Acrew, & Thayer Ventures, alongside Expedia CEO Peter Kern and NBA superstar Steph Curry investing in previous rounds.

Stop, Chew, Do: EXTRA® Gum Debuts New “Chew It Before You Do It” Campaign To...