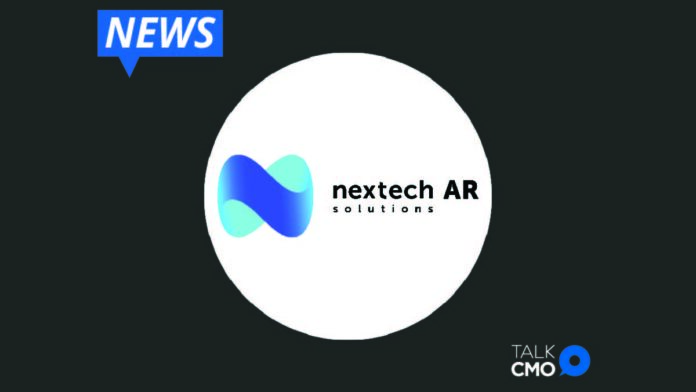 With this App going live, its ARitize 3D SaaS offering for ecommerce extends the Company’s 3D model creation capabilities to Shopify merchants. This App provides Shopify merchants with a frictionless and seamless one click integration for 3D model making as more ecommerce businesses are looking for 3D models at an affordable price and at scale.

The app will provide self-serve access to Nextech’s proprietary AI-powered solution for 3D/AR Ecommerce to all businesses who use Shopify to power their ecommerce business. Implementing 3D/AR has already proven many benefits to businesses on Shopify. Nextech’s app makes the adoption of 3D/AR super easy, simple and cheap for Shopify merchants as they can subscribe for and manage the app themselves from their merchant Shopify admin.

By offering a low monthly hosting fee and zero model creation costs, Nextech’s pricing plans are much more affordable than other platforms, purchasing expensive equipment or hiring artists for individual models. The Company believes that this is the AR industry’s first true self-service AR SaaS platform which offers scalability, affordability, and ease of use. With Nextech’s artificial intelligence-powered technology now integrated with Shopify, any merchant can create 3D/AR models in a few simple steps.

As demand for 3D models rises exponentially, Nextech will also expand this self-service SaaS offering directly into additional major ecommerce platforms. Over the first half of 2022, Nextech will also integrate with WooCommerce, Bigcommerce, Magento and others.

Nextech AR CEO commented, “This Shopify App provides us with another major distribution channel that places our ground-breaking technology front and center, paving the way for ecommerce site owners to easily sign up and create 3D models at scale. This app reflects the latest and best features of our AR ecommerce platform and will allow Nextech to meet the huge demand for 3D and AR solutions on the largest ecommerce platform in North America.” He continued, “This is the first of many Apps that we are planning to roll out over the coming weeks and months as we aggressively build out our reach in an effort to become the leading 3D model factory and AR supplier to ecommerce sites globally.”

Nextech AR has what it believes is the most powerful, scalable, AI powered 3D/AR technology in the market, and is already working with large retailers including Kohl’s, Lighting Plus New Zealand, Pier 1, Kmart Australia, Ezooza, NorthByNorth, The Office Group, Just Recliners, Never Summer, Sears and more. By offering immersive AR shopping experiences to customers, it provides them the ability to “try before they buy”, resulting in higher online conversation rates and decreased returns (Shopify data shows that AR can increase conversions up to 94% while reducing returns by 40%). Through these retailers, thousands of 3D models are being shown to tens of thousands of consumers. With the new launch of this low cost 3D modeling self-serve app with Shopify, the Company believes that it will quickly expand its reach to small and medium sized ecommerce websites.

ARitize 3D is the One-Stop-Shop 3D/AR solution on the Shopify App Store that is:​

5. End to End – from model creation to CMS & AR visualization, all within the Shopify ecosystem