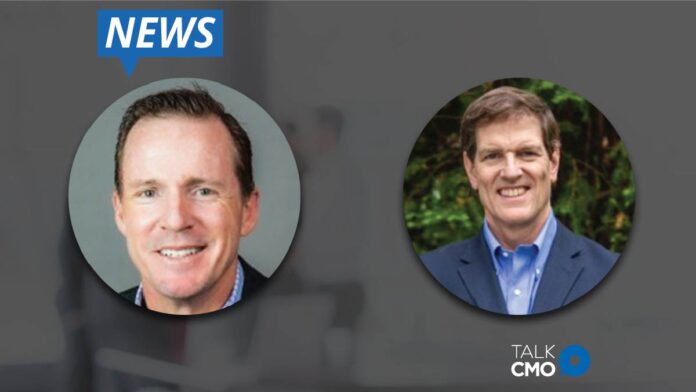 “Eric and Tim’s experience working with world-class technology companies will help elevate Moxtra’s internal operations to the next level,” said Subrah Iyar, chief executive officer and co-founder of Moxtra. “Over the several years, Moxtra has built a business supporting companies of all sizes as they navigate their digital and mobile transformation journeys. With the help of Eric and Tim, we will be able to better scale and serve our current and future customers.”

Eric Boserup, Vice President and Head of Global SalesIn Boserup’s role as vice president and head of global sales, he is guiding and supporting Moxtra’s growing sales team across the globe. Boserup’s experience leading successful enterprise sales campaigns at Fortune 500 companies such as Coca-Cola, Boeing, P&G, Disney, T-Mobile and others brings a new degree of sophistication to Moxtra’s team as they continue to scale to meet increased customer demand.

Boserup most recently served as an executive sales consultant and SVP of sales for Ephesoft, an Irvine, CA based software company providing intelligent document capture solutions.

Prior to Ephesoft, he held senior level sales management positions at K2, BlueJeans, Workday and Cisco as well as co-founding Atlet Technology Partners, a consulting firm focused on recruiting and enterprise sales optimization. Boserup started his career at WebEx Communications in 2000 as an account executive where he remained through the Cisco acquisition as U.S. regional enterprise director. Eric has a Bachelor’s Degree from UC Santa Barbara.

“Moxtra is forging the way for businesses of all sizes to engage with their respective customer bases and accelerate their growth,” said Boserup. “In addition to its unique value proposition, the company is well positioned to capitalize on significant business opportunities across both OEM and direct channels as sales continue to expand globally. I’m proud to have joined such a forward-thinking company with a legacy for building world-class products and high functioning sales teams.”

Tim Harvey, Chief Financial OfficerAs CFO, Harvey will provide strategic executive experience, while overseeing all finance and accounting operations, as well as human resources, facilities, and the other general and administrative functions for the company. Harvey has spent over 30 years in finance and operations with various technology companies, primarily in Silicon Valley, New York, and, most recently, the Midwest.

Prior to Moxtra, Harvey served as the CFO for Scale Computing, a leader in hyperconverged  infrastructure and edge computing. During his seven-year tenure, he helped raise over $80 M in venture funding, including $50M in equity capital, enabling the business to grow seven-fold. Prior to Scale, Harvey served as CFO of Angie’s List in Indianapolis.

Before moving from the Silicon Valley to Indianapolis in 2008, he was the vice president of planning for WebEx Communications, through the pre- and post-acquisition periods with Cisco.

Previously, he held various senior finance leadership roles at Veritas Software (acquired by Symantec; $13.5B), Silicon Graphics, and IBM. He began his career in the New York practice office of Deloitte, Haskins & Sells. Harvey earned an MBA in finance from New York University’s Stern School of Business and a bachelor’s degree in government from Wesleyan University in Connecticut.

“I am very excited to be re-joining Subrah, and former colleagues Stanley Huang and Eric Boserup, at Moxtra as CFO,” said Harvey. “Moxtra’s platform, powering OneStop Customer Apps, is poised to change the way business collaboration is done globally, and l look forward to help build the company and drive continued growth and success for our employees and customers around the world.”

How B2B Enterprises Can Shorten Their Sales Cycle

Coty to ramp up marketing to ‘capitalise on momentum’