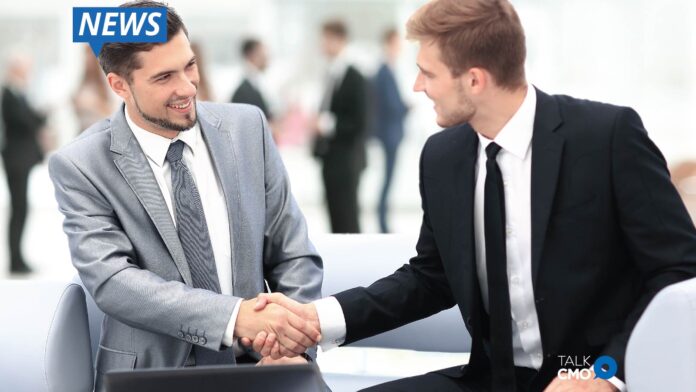 Lars Lehne has been appointed Group CEO of Incubeta , the independent digital marketing services group. The former CEO of SYZYGY AG will take over from founder Alan Lipschitz, whose company Interface reverse-acquired IncuBeta Holdings in 2011. Alan will serve as Chairman of the Board of Directors of Incubeta.

Lars brings over 30 years of industry experience. Prior to joining Incubeta, Lars spent four years as Managing Director of SYZYGY, a listed WPP company. Previously, he spent seven years at Google as national director of the DACH agency, paving the way for the technology giant which has quadrupled its turnover in Germany. He has also held various management positions in agencies such as Maxus, GroupM, Carat and MEC.

In addition to his current role as Incubeta’s new Group CEO, Lars is a member of the advisory board of Yext and betterplace.org, a Berlin-based NGO. He is also an angel investor in CLAIMINI GmbH. As Group CEO, Lars will be at the head of the positioning and growth of the company, particularly for its activities in North America, and will be the driving force of the business strategy and the pursuit of unification. of the group worldwide.

Read More: Customer Engagement in 2021 – The Shorter The Better

Incubeta is present in 14 countries and has offices in cities such as London, New York, Los Angeles, Madrid, Sydney and Cape Town. 2013 was the year of the acquisition of the very successful Net Media Planet (NMPi), which enabled Incubeta to record significant growth by strengthening its advertising offer. The subsequent acquisition in 2016 of DQ&A, a specialist in avant-garde marketing technologies, allowed to extend the geographical presence and develop the range of products of the company. It was followed in 2018 by the acquisition of Joystick, market leader and specialist in creation. Through these acquisitions, Incubeta offers its clients a full range of incomparable services combining media, technology and creation.

Over the past twelve months, Incubeta has launched several new innovative platforms. Among these is the exclusive award-winning Seamless technology, with Seamless Search – which measures the incrementality of paid and organic keywords in SEO – and Seamless Creative – which unifies media activity and creative assembly tailored to needs. The company also made a series of new appointments with the hiring of executives such as John Cawdery as CEO for the United States.

Alan Lipschitz, Founder and Chairman of the Board, said: “Having started a small South African business many years ago, I am very proud of how far this company has come. By building a fantastic team around me and surrounding us with inspiring companies around the world, Incubeta has emerged as a leading player in the digital marketing services arena. The company is ideally positioned, however I believe that in order to pick up the pace and meet the challenges of the future, we need a new kind of leader.

I have the utmost confidence in Lars because he is the leader the company needs to move Incubeta forward. He has the know-how to bring the team together, put in place a clear strategy and know how to build on the fantastic foundations that I have been able to create with my wonderful team. It is therefore with great pride and great pleasure that I make Lars Lehne assume the responsibility of Managing Director of Incubeta Group ”.

Lars Lehne, Group CEO of Incubeta, said: “I am delighted and very honored to join such a forward-thinking and innovative company. Incubeta has continued to grow during one of the most problematic years for the industry, a testament to the quality and hard work done by every team member around the world. The business has flourished under Alan’s leadership and he grants me a great privilege in trusting me to make his dream come true.

“As marketing continues to evolve at a rapid pace, it’s harder than ever for brands to connect with their customers. By integrating media, technology and creation seamlessly, Incubeta has created effective services and products that enable its clients to thrive in the digital world. Incubeta puts ownership of the customer experience in the hands of its customers. I can’t wait to see what the next chapter that awaits Incubeta will look like ”.