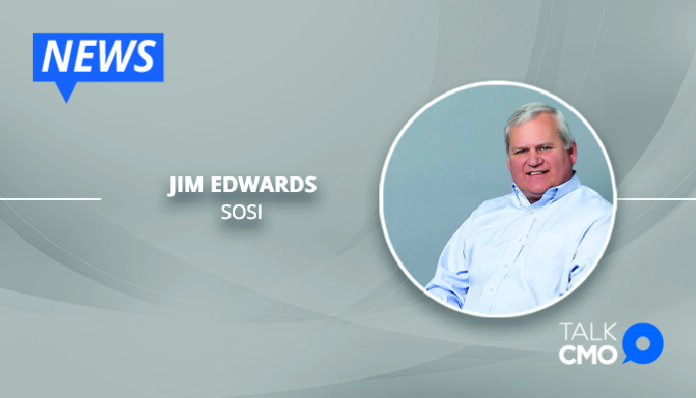 Edwards began his career as an Army intelligence officer, retiring after 25 years of service, including wartime tours in Afghanistan, Iraq, Kuwait, and Saudi Arabia. As a Colonel, he served as the chief operations officer (G3) of the Army’s Airborne Corps, commanded the Army’s first battlefield surveillance brigade in combat, and was the senior intelligence officer (G2) for the Army’s largest command.

Edwards joined SOSi’s Business Development team after retiring from the Army in 2012. Within one year, he was promoted to Vice President and is credited with leading a team that secured more than $950 million of new business in four years at SOSi. Edwards departed for a senior civilian position in the Intelligence Community and later returned to the private sector in senior business development roles at DynCorp International (now Amentum) and Perspecta, through its merger with Peraton.

“Jim’s expertise and distinguished career are unsurpassed. He brings extraordinary international, intelligence, and military experience to our team. His natural leadership and proven performance will positively impact our success in differentiating SOSi’s capabilities delivering scalable, innovative solutions to our customers across the globe,” said SOSi CEO Julian Setian.

Four B2B Content Areas Brands Should Focus on in 2022