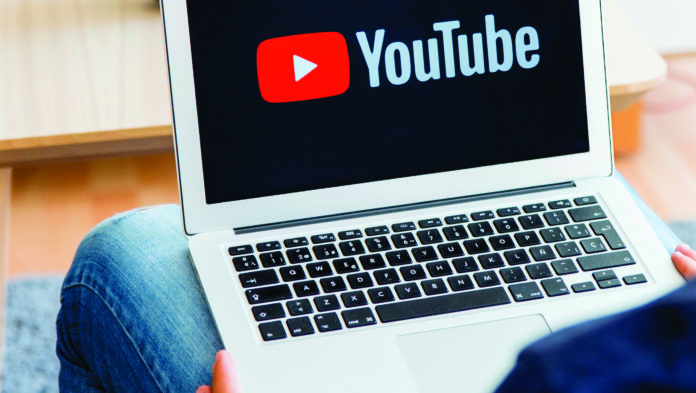 According to Alexa rankings, YouTube is the second most-visited site in the world, only behind Google. Interesting fact: Google owns the platform!

Founders: Chad Hurley, Steve Chen, and Jawed Karim, all working for PayPal at the time.

The very first YouTube video was uploaded on April 23, 2005.

The production was created by YouTube co-founder Karim at the San Diego Zoo (titled ‘Me at the zoo’).

YouTube is available in more 90 countries, supporting 80 languages, and has more than 1.9 billion monthly active YouTube users as of July 2018.

One-third of all internet users are active on YouTube.

62% of YouTube’s user base are male

More than 500 hours of video are uploaded to YouTube every minute,

More than 1 billion hours of YouTube videos are watched per day.

50% of these views come from mobile devices,

Though Bank of America Merrill Lynch valued YouTube at $70 billion or more in 2016, there is uncertainty about the profit levels of the company.

RBC Capital analyst Mark Mahaney estimates YouTube’s revenue has reached $10 billion annually and is increasing by as much as 40% a year. The growth makes YouTube ‘one of the strongest assets fundamentally on the internet today.

YouTube has paid out $2 billion to rights holders since 2007, in support of intellectual property,

The first advertisements on YouTube were rolled out in August 2007.

A business analyst estimates that YouTube earned $15 billion in advertising revenue in 2018. It’s also estimated that YouTube accounts for about 6 percent of Google’s ad revenue.

PewDiePie, who has the most YouTube subscribers, at about 64.7 million.

Logan Paul, fell from grace after sharing a video with a dead body in Japan’s infamous Aokigahara suicide forest. Although Youtube spoke out against him and promised severe consequences, Logan Paul is still active on the platform and earning ad revenue from his videos.

The highest earning YouTuber is Dan Middleton (DanTDM is a video game commentator, who earned $16.5 million in 2017. His wife is JemPlaysMC, a popular YouTube Minecraft commentator.

The youngest YouTube star is the 6-year-old behind Ryan ToysReview, who earned $11 million in 2017.

YouTube’s most popular branded channel is LEGO, with more than 7.8 billion views and 5 million subscribers.

The Super Chat feature allows fans to purchase messages that will stand out in a live chat session.

Ticketing allows artists to feature upcoming US concerts on their video watch page. This feature  is through a partnership with Ticketmaster

Content creators who are part of the YouTube Partner Program are able to link to crowd funding and merchandise distribution sites.

Channel membership, formerly known as Sponsorships, allow viewers access to certain perks and privileges when they become a member of the channel.

YouTube introduced the YouTube VR app in 2016, after launching the Daydream View headset that features the newest VR-ready videos. Subsequently these VR vidoes were made available on HTC Vive and PlayStation VR. As of July 2018, YouTube VR can also be used with Samsung Gear VR headsets.

YouTube TV, which was introduced in February 2017, has a total of 40 channels, and subscribers access to TV live streaming from channels such as ABC, CBS, FOX, NBC, ESPN, regional sports networks, and dozens of other popular cable networks, such as USA, Disney Channel, Bravo, and E!. The channels can be watched on TVs, smartphones, tablets, and computers.

95% of the most watched videos are music videos. In fact, the most-viewed YouTube video is Luis Fonsi’s “Despacito,” with 5.3 billion views and counting.

Even the most disliked YouTube video is a music video. This less-than-flattering record was made possible by Justin Bieber’s music video for “Baby”, which has more than 9.2 million dislikes.

Good or bad, YouTube is today the most dominant force in the marketplace. Its content creators offer the planet’s most lucrative marketing platform.