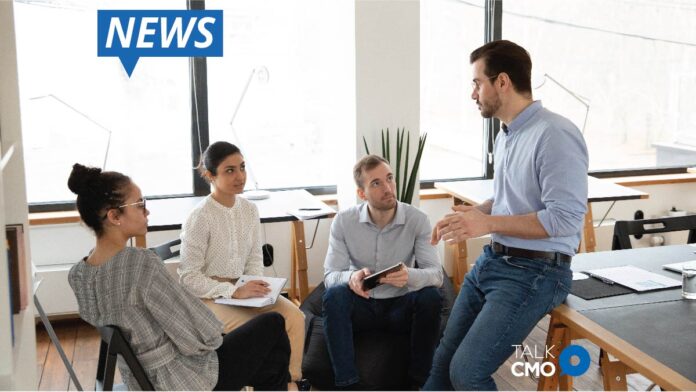 Before joining Apollo, Sharan has been a strategic advisor to several B2B data and martech companies. He held executive positions in various data service providers such as LeadGenius, Everstring (acq by ZoomInfo), Aberdeen (acq by Spiceworks Ziff Davis) and ZoomInfo. At ZoomInfo, as VP of Product, Growth and Strategy, he played a key role  in laying the foundation for ZoomInfo’s eventual growth. Prior to ZoomInfo, he was founder and CEO of Keisense, a mobile user experience company, which was sold to publicly traded Nuance Communications [NUAN].

“Apollo is growing at a rate of 150%. We are excited to bring in Santosh, one of the most respected leaders in the B2B data space, to guide our rapid expansion,” said Zheng. “We are well-positioned to leverage the increasing demand for self-service B2B data by providing sophisticated sales engagement tools that our competitors haven’t yet mastered.”

Besides offering AI-powered software that helps sales professionals improve messaging and targeting, Apollo has the largest data contributor network in the industry. It provides a full suite of data products and solutions catered to the self-service market. Apollo’s automated and efficient process enables users to target the right prospects at the right time with context, speed and scale.

“We are thrilled to have Santosh join the team,” said Abhishek Sharma, Board Member of Apollo and Managing Director at Nexus Venture Partners, “with his extensive experience in the sales & marketing data space, Santosh will help accelerate Apollo’s strong momentum and set up the foundation for company’s next phase of growth.”

“There is a new opportunity emerging in the data space post pandemic. The self-service market for data is about to explode and Apollo is well structured to take advantage of this trend with its superior technology, low cost of customer acquisition and proprietary data acquisition methods. Apollo is one of  the most unique companies I have seen in the data space with a healthy product pipeline representing a ton of  untapped potential” said Sharan. “I am excited to help lead the company through its next phase of growth. Apollo’s advanced technologies are poised to disrupt the data space and change the future of B2B selling.”

HTC VIVE Takes Business and Consumer VR to the Next Level with Two New VR...