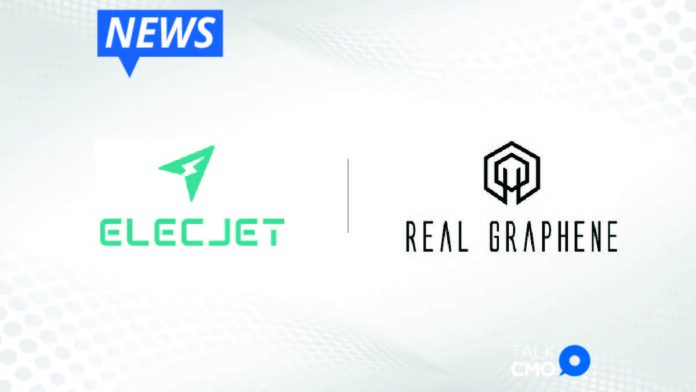 Alpine 4 Holdings, Inc. (Nasdaq: ALPP), a leading operator and owner of small market businesses, announced today that it has acquired ElecJet / Real Graphene (ElecJet), an industry pioneer in Lithium / Graphene battery manufacturing and design.  The two companies, Real Graphene and ElecJet, merged earlier this year, resulting in the combination of the graphene intellectual property of Real Graphene and the power system/charging hardware of ElecJet.  The result of this merger was a symbiotic marriage of ground-breaking state-of-the-art battery and power system technology within a single company.  ElecJet and Alpine 4 are also exploring plans with the State of Indiana to convert its South Bend, Indiana facility into a US battery production facility and bring graphene battery production to the United States.

Kent Wilson, CEO of Alpine 4, had this to say: “Earlier this year, Sam Gong, CEO of ElecJet, and I began working on a battery power solution that could meet the enormous power needs of our future US-2 drone.  It was obvious that a pure lithium battery was not the answer for the US-2 design protocol, and different technologies would have to be implemented.  Graphene became the obvious answer for us.  Graphene is an amazing conductor of electricity and substantially reduces heat within lithium batteries during the charging cycle.  That reduction in heat and resistance in graphene enhanced batteries allows for increased charging speeds and extended battery life.

The combined efforts of Alpine 4 and ElecJet culminated in two achievements.  The first was recognizing that the business opportunities for ElecJet would be greatly enhanced as an Alpine 4 subsidiary.  The second was that working together as one company, we could offer the electric vehicle (EV) market a new and compelling battery solution.  Most EV manufacturers use pure lithium battery cells such as the 18650, 21700, and 4680.  EV companies such as Rivian, Tesla, Lucid and others, utilize varying battery cells depending upon the power to energy density needs of the vehicle they are producing.  ElecJet’s graphene lithium battery offering will enhance all three primary battery cells currently used by EV manufacturers (18650, 21700, and 4680) in both power density and energy density.  One key performance aspect of our graphene batteries is that they will be able to charge 5-8 times faster than the aforementioned lithium batteries can.  Imagine charging your car from 0-80% at a DC rapid charging system in under 10 minutes compared to 30-45 minutes with just lithium batteries and subsequently not damage the battery cells within your vehicle like repeated DC charging can do.  This will bring the feasibility of vehicles that use our graphene batteries in line with the time it takes to fill a conventional vehicle with gas.  We feel this is the game-changer for the EV market as well as other various commercial applications.”

Samuel Gong CEO of ElecJet had this to say: “People have been anxiously anticipating graphene for a decade, but it’s mainly been contained in a lab. This has led to tons of hype and plenty of faux products and companies. But we’re here to show that graphene batteries are not the future, but the here and now. And while we are primarily a battery cell producer, we put our money where our mouth is by producing graphene battery power banks. We’ve created various sizes of direct-to-consumer graphene power banks that fully charge in just 17 minutes that are available for purchase on Amazon, our Shopify site and even our newly launched campaign on Indiegogo.

To put into perspective how impressive our resulting consumer products are, our latest power bank on Indiegogo is over three times the battery capacity of an iPhone 13 and will fully charge in just 27 minutes! We could charge even faster but USB C is capped at 100W. We’ve proven on a commercial scale that our graphene battery technology not only allows you to charge over 5 times faster than anything currently out there, but that it is a safe, mass producible, compact, cost-efficient, sustainable and consumer friendly product.

ElecJet/Real Graphene has the capability to bring graphene products from production phase to creating end-user consumer products. This wholistic, scalable capability is what has created our success. Kent has an amazing vision that our team is excited to be a part of, and his character upholds true core American values. Now that ElecJet/Real Graphene has joined the Alpine 4 family of companies, we can realize the next biggest evolution in the battery space in decades and put the US back into the driver’s seat of this core technology.”

Data Driven Marketing – Why Businesses Need to Update their Strategy