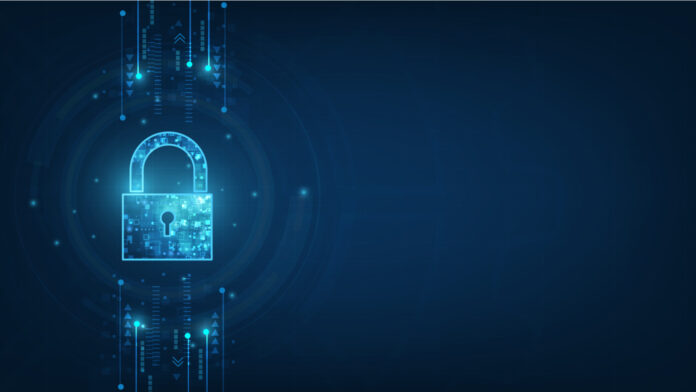 Origin Comms, an information security and technology PR specialist, today announced findings from annual research of 200 UK-based IT security decision makers to update insights into the changing dynamics of their media consumption. The research, now in its third year, highlights that almost ninety per cent of respondents admitted to a dramatic change in the way that they have, and continue to, consume media as a result of the Covid-19 pandemic.

More than half (59%) stated they were reading more online and over a third (39%) reading more as a whole. Just over 10 per cent noted that their consumption habits had remained unchanged. Interestingly, 31 per cent admitted to listening to more podcasts.  As digitalisation continues to thrive, the media channels with which these IT security decision makers look to consume their media is too. The survey proposed numerous media channels and questioned respondents on which type of content they viewed across each.

The rise of the podcast looks set to continue post COVID-19 as IT security decision-makers cite podcasts as a source they will use to access/view content in five years’ time, with numbers doubling across most content options including thought leadership (17%), product reviews and announcements (16%) and technical support (12%). For general news discussion on IT security, the figure (15%) almost tripled compared with one year ago.

Social media also proved to be the only media source to see an increase in numbers choosing to read/view more frequently when it comes to IT security, up from 17 per cent to 19 per cent. There’s no doubt that social media can be a powerful communication tool and should form a strong part of any PR strategy to generate a flow of information sharing amongst peers across these platforms.

The use of IoT devices saw a predicted increase across all content categories in 2020 from thought leadership (24%), and product reviews and announcements (21%), through to general news (20%) and technical support (19%), highlighting the potential for IoT as a major source of future media consumption.

Paula Averley, Founder and Director, Origin Comms commented – “Given the stay at home policy which thrust a huge proportion of the population into a remote working scenario, it is unsurprising that we would see an increase in the number of people reaching for their devices, but it’s great to see the increased use in IoT devices and ‘new media’ like podcasts mature. Cybersecurity organisations have a significant opportunity to embrace these trends, to discuss pertinent issues, push new products and services, and develop new channels of engagement.”

The pandemic has given rise to an ongoing surge in media consumption as people seek to remain updated on the rapidly changing crisis, yet it has also put the fate of some publications in jeopardy. Whilst the decline in print publications has been discussed for some time, the industry is facing yet another economic downturn, and our research revealed that nearly a fifth (17%) of respondents have noticed publications they predominantly read, having ceased.

Despite all these significant changes, when it comes to IT security, information security decision-makers are still turning to IT/technology websites (22%) and IT security specific websites (19%), choosing to read these most frequently. So for cybersecurity organisations, the trade security and tech titles still prove to be a prime target for their audience.

What’s more, is that in 5 years’ time, IT security decision makers predict this to stay true, with most foreseeing that IT security consumption will predominantly be via IT and IT security-specific sources.

When questioned on which print publication they are reading most for IT security information, The FT (Financial Times) continues to soar, with 50 per cent, followed by Infosecurity Magazine (45%). The Guardian saw the biggest increase in its audience, (up from 39% last year to 41% in 2020) and whilst the physical copies of The Times, The Telegraph and The Independent each saw a decline in readers sourcing IT Security, their online counterparts fared much better with The Guardian and The Times online almost doubling their readers (up from 22% and 21% respectively to 40%), perhaps as a result of their reputation as trusted sources of information.

Looking solely at website use among these same respondents, the ranking has changed significantly. In previous years specialist tech titles Tech Crunch (52%) and IT Pro (48%) topped the list, with the BBC and Infosecurity Magazine taking 3rd and 4th position. This year sees the BBC (46%) take the lead, followed by Tech Crunch (44%), IT Pro (43%) and the FT (37%).

New to the 2020 research, we also asked what drives respondents’ decisions to attend virtual events. With the physical event calendar still looking sparse for 2021, this leaves a lot of space for virtual events to continue to fill the gap. The importance of speakers was flagged as the most significant variable, with more than a 10% difference in numbers citing speakers as being extremely important to virtual events (50%) compared with physical events (39%).

This year’s survey also took into account the rise in disinformation with almost a fifth of IT security decision-makers noting that articles they have read seem too reliant on COVID-19 to sell a product/story, when asked if they felt the pandemic had impacted the IT security industry in terms of offering disinformation. Fifteen per cent said they have seen an increase in disinformation across all types of media, but 14 per cent said it was easy to spot. Being factual with content is key to reaching your audience and gaining their trust. Fortunately, IT and IT security-specific publications remain the most trusted source for IT security.

“The IT security and tech titles continue to hold their value as a crucial source of media, so companies must consider their content carefully as part of any PR strategy. Being cautious not to spread misinformation/disinformation is critical to maintaining trust with your audience. Cybersecurity companies should ensure they stick to the facts and target their audience carefully”, Averley added.

“Media consumption trends are continually changing and the pandemic has highlighted just how quickly these changes can take effect. Cybersecurity companies need to remain open to this and allow themselves to be directed by their PR specialist into how to gauge these changes and stay flexible to how, and where, they direct their content in order to reach their target audience”, Averley continued.