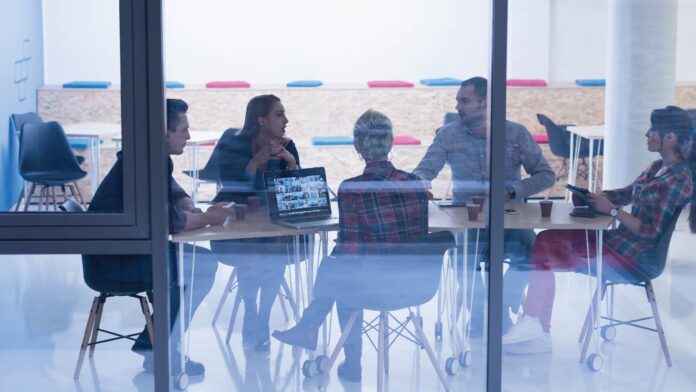 Surviving in today’s technological landscape where major tech companies have the upper hand is already difficult. However, it gets tricky when Tech Giants add obstacles in the way of smaller startups.

When developing new products, most startups aim to introduce novel products that can use innovation to offer to an untapped market, and also have the potential to increase the company’s growth and revenue. But, in recent years, as the major tech giants have much more influence over the technological landscape, introducing an innovative product has become extremely difficult for startups. Even if startups do build the next big thing, major enterprises dilute their efforts by various strategies- creating market impediments for them or even copying their works.

Tech Giants have massive resources at their disposal, such as funds, data, technology and talent, which can replicate and enhance their competitor’s succeeding products in the market that are not entirely protected by patents.

The mimicking comes in all forms, from small features to replicating the product from inside out. E.g., After Snapchat introduced the stories’ feature, its user engagement increased. However, to stop its boom, Facebook implemented the same feature to its products, including its Instagram and Whatsapp, which resulted in a decline of Snapchat’s user base and its stock price plummeted.

After witnessing the success of collaboration software, Slack, Microsoft developed its own version, a complete rip-off, popularly known as Teams. Microsoft later integrated all the popular features in its other product-suite, severely reducing the usage of Slack.

Things went far when Google removed Paytm, the popular online payment app in India, from its play store, without giving any notice. Although Paytm has a strong customer base in the country, as compared to Google, it is just another startup that is giving competition its online app GooglePay. This is due to the fact that India has the next billion customers for every brand.

Despite facing such bullying behavior and the hesitation of angel investors to invest, a few startups have risen and become key players in the market as that of tech giants. They have used the strengths of tech giants against them to thrive. Their strategies on the surface seem counterintuitive, however, in the long run; it helps them to develop products that are copy-proof innovation.

E.g., Amazon posed a threat to Wayfair, the largest online seller of home goods and furniture today. Therefore, to mitigate its impact, the company implemented features that worked for Amazon, and in return, the giant copied Wayfair. But, the giant failed when it couldn’t provide copied measurements of the furniture and home furnishings pictures that were delivered by Wayfair because it will result in a huge cost.

The above example provides insights on how much power tech giants possess and, if not careful, how quickly they can swallow startups or make their business model outdated. But Wayfair’s example depicts that tech giants’ greatest strength can result in greatest weakness as well. Thus, it is essential for startups to continually develop copy-proof innovative offerings and strategies that help them to stay in the game and thrive in the marketplace.

In today’s pandemic era, countries have witnessed the immense power that these tech giants possessed. They are realizing that only having a few players in the landscape can detriment the workforce and thus taking steps to create awareness about their influence. At the end of the day, the power rests on the hands of customers which choose companies that guarantee to deliver responsible behavior.  Perhaps it’s time smaller brands stand up to the potential risks and maybe even unite to fight the market might of bigger brands. Innovation, agility and the power to evolve, change and deliver- will be their biggest weapons.

Five Lessons for Every CMO to Mature Social Strategies

Three Key CX Trends CMOs Should Focus on in 2022

CSS Corp Strengthens Presence in Latin America with Launch of a New Delivery Center in...