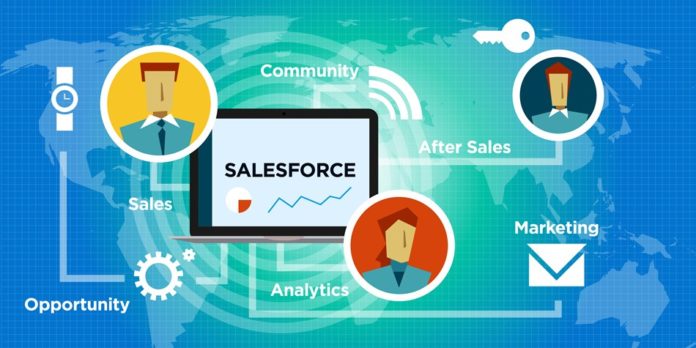 Salesforce has not just been on an acquisition spree since 2016 but also filled the areas with the best vendors. This effort has taken the company beyond CRM provider and has tactfully become one stop solution to all Sales and Marketing needs

This week Salesforce stepped up its work in data visualization and tools and announced the acquisition of Tableau for $15.7 billion. According to Salesforce, this deal can accelerate its growth in the digital transformation space, which is a market worth $1.8 trillion.

With this deal, Salesforce.com continues to diversify itself beyond being CRM software, and this time, it is getting into deeper layers of analytics. Salesforce is again talking up the possibilities of expanding — what they did with and continue to do — with their AI platform Einstein, and Customer 360, which is the company’s product for omnichannel sales and marketing.

Experts have observed Salesforce’s vision to go beyond CRM and provide additional services for digital transformation, as since 2016, the company has been on an acquisition spree. This is also clear in the statements of Keith Block, co-CEO of Salesforce. In the press release of the announcement of Tableau, Block stated that “Salesforce’s incredible success has always been based on anticipating the needs of our customers and providing them the solutions they need to grow their businesses.” Tableau has 86,000 business customers, including Verizon, Charles Schwab, Schneider Electric, Netflix, and Southwest.

Also read: The 8 leaders of Customer Experience and CRM Implementation

In 2018, Salesforce wanted to eliminate blockages that discourage enterprise-level organizations from becoming Salesforce customers. For the organizations that did not start with cloud and had substantial legacy IT infrastructure, Salesforce wanted a product that led to the acquisition of Mulesoft for $6.5 billion. Mulesoft’s API-led approach to connectivity started by offering middleware to connect back-office systems, which later expanded to providing iPaaS (Integration Platform-as-a-Service).

In 2016, Salesforce snapped up 12 companies to build out the platform’s AI capabilities – Einstein. These acquisitions that together were as big as $5 billion included companies like Demandware, Quip, Krux, Beyond Core, and Gravity Tank, among others.

Demandware that was acquired for $2.8 billion was to expand Salesforce to the B2C market. According to experts, traditionally, retailers were never fixated over CRM, but it was Salesforce that spotted the future need for 1-to-1 shopping experiences. Demandware had actually capitalized on a data-driven world where consumer expectations were high. This grabbed the attention of next-generation retailers towards this commerce cloud who wanted an end to different data sources.

Salesforce acquired the programmatic digital advertising firm, Krux in 2016 and rebranded as Salesforce DMP. By 2017, this company was crowned the DMP market leader by Forrester.

With on-demand one-to-one email marketing software applications, ExactTarget which came at a price of $2.5 billion, was the comprehensive and robust foundation that Salesforce was seeking for their enterprise Marketing suite. Also, ExactTarget had acquired Pardot, and Salesforce was able to position themselves with both B2B and B2C prospects. By mid-2017, Salesforce, very tactfully shut down all of Pardot’s other CRM connectors, making itself the sole option.

Going beyond CRM and breaking into almost all the areas of Sales and Marketing, Salesforce went ahead to buy a non-profit company. But why go somewhere else. Two months ago, Salesforce .com announced its intent to buy its own educational/non-profit arm, Salesforce.org, for $300 million. While it feels like a confusing turn of events, but experts believe that it did not make sense from a business perspective to run two separate entities with different executive, sales teams and bookkeeping systems.

These acquisitions are not just for its personal growth, but also to keep a check on the competition. Salesforce had worked hard to buy LinkedIn but lost that to Microsoft. While there isn’t a lot in common between LinkedIn and Tableau, this deal is expected to help Salesforce extend its engagement for the customers. This move also looks like the one to bulk up against Google’s move to buy Looker. Even though it seems that the two deals were made in tandem, Salesforce had an eye on Tableau for years.

Salesforce’s move to buy Salesforce.org is also considered to keep up with the competition as Microsoft’s announced revamping and adding resources to its Dynamics 365 Nonprofit Accelerator.

Salesforce has become famous for being the company that sees space and fills it with the best-in-class vendor in the market.

Huawei and Omio work together to deliver a seamless user experience

Facebook Will Remove Its “Our Story” Section from Pages